The Hemel en Aarde Farm is in a prime location in the beautiful Hemel en Aarde Valley, between Hermanus and Caledon. We are just 90 minutes from Cape Town.

Travelling from Cape Town on the N2, take the Hermanus R43 turnoff at Botrivier. Follow the R43 road all the way past Fisherhaven, Hawston, Vermont and Onrus. Just before the town of Hermanus itself, there is a four way traffic light intersection with directions for Hermanus (straight on), Sandbaai (right) and Caledon (R320 on the left). Take the left hand turn to Caledon and R320. Travel along the R320 for approximately 10 km. Go past the signs for Newton Johnson on your right. About 200m further up the road from Newton Johnson is Four Seasons Farm on the left and then High Seasons Farm on the right. Just opposite High Seasons entrance there is a small dirt track on the left (white sign for Hemel-en-Aarde Farm). Turn left into the dirt track and about 200m down on the right are the gateposts to the Hemel en Aarde Farm, which has a small Stone House. For the Stables continue another 200 m down track to the second gate. Please open and close manually.

From Caledon, follow signs for Hermanus (R320). The Farm is about 25 km on the R320. Opposite High Seasons entrance, take the first small dirt track on the right, (signed Hemel-en-Aarde Stud). If you pass Four Seasons Farm or Sumaridge on the right you have passed our track and need to turn around. 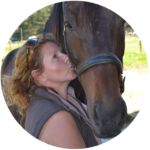